Many Russians, be they Orthodox or Evangelical, will understandably view their homeland with affection, loyalty, and patriotism. 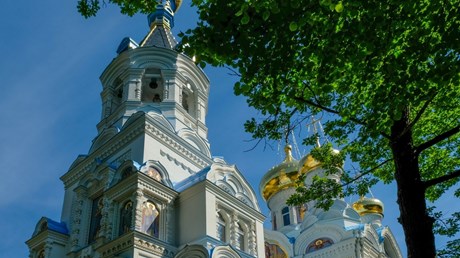 After brief instructions from the Lutheran Archbishop Dietrich Brauer, we processed up the center aisle of the St. Peter-and-St. Paul Lutheran Cathedral in Moscow, launching the 500th Anniversary observance of the Protestant Reformation.

Robed in gowns and hats of all colors and shapes, leaders of various Christian groups gathered in this important Moscow celebration: Lutherans, Evangelicals, Pentecostals, Roman Catholics, but there were no Russian Orthodox representative in the procession. As we passed the front row moving toward the raised platform, I saw an Orthodox priest standing.

Even as we gathered around the altar for prayer, he remained apart. Later, I learned that while he would attend the service, he would not join in procession or prayer: according to the ancient Orthodox rule, a priest who prayed with heretics would lose his priesthood.

This is Russia. A country in curious shifts and alterations more mysterious than the Trump/Putin insults and bravados. I live with memory of a state, the Soviet Union, ruled by atheists insisting that the Communist and Marxist dictum of “no God” be their country’s mantra.

But it is wrong to assume that atheism rules, indeed, if it ever did. Make no mistake, this is a religious and, in fact, a Christian country, if one were to define a country by what its people believe. The Pew Foundation noted that 74 percent of Russians identify as Christian. However, even with this remarkable percentage of self-confessed Christians, Russia is dynamically secular, with a definite separation of Christian witness from its civil life, apart from official Orthodox ceremonies.

To catch up on recent moves by Putin, a quick review of the role of faith in this grand country …