Does God lead us into temptation? Do we have to ask him not to? 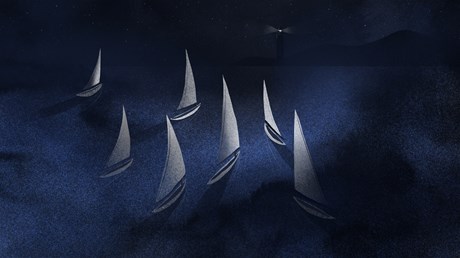 As most Christians know from painful experience, temptation is as easy to find as it is hard to resist. Every day, in a hundred ways, we face pressure to cut corners, mistreat others, and gratify our wayward desires. Sometimes we grasp the danger and paddle mightily against the current. Other times we sink into sin as if relaxing into an easy chair. But frequent failure leaves us demoralized and ashamed.

Temptation already feels like an unfair fight. So why would God ever ratchet up the difficulty?

The trouble with the common translation, in the pope’s reading, is that it pictures God pushing us toward sin rather than pulling us away. After all, we wouldn’t ask him not to lead us into temptation if he weren’t capable of doing just that. But surely, argues the pope, a righteous and loving Father would never place his children in the path of spiritual peril. “It is Satan,” he says, “who leads us into temptation; that’s his department.”

On the whole, the pope’s theological instincts are not unsound. He is correct to absolve God of blame for temptation, which ultimately flows from our unclean hearts. As James reminds us, “When tempted, no one should say, ‘God is tempting me.’ For God cannot be tempted by evil, …